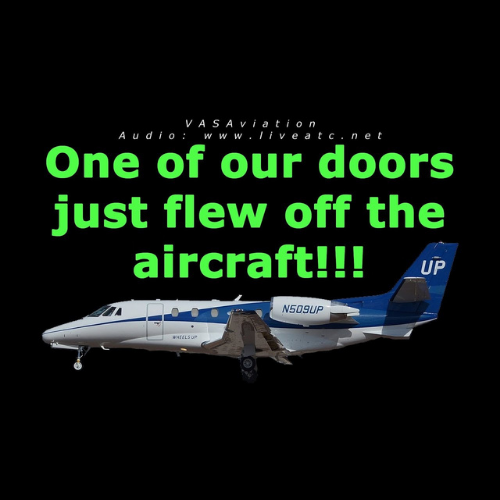 Listen to this alarming moment when a Wheels Up aircraft had a serious takeoff and inflight malfunction, putting passengers in extreme danger. Wheels Up, Wheels Down.

“Passengers I think they’re going to be okay, but they’re gonna be pretty upset.”

I started this free forum platform after working many years in the private jet industry for one of the bigger well known private aviation providers.

In this specific article, it goes to show that it is good to know before you fly.  Over the past year, PrivateJetClubs.com has gone into depth about private jet programs, first and foremost their safety reputation.

The door on Wheels Up N508UP Cessna Citation XLS swung open on Aug. 6, 2015. A live recording from the emergency cockpit (shown below) detailed what happened on the flight from San Francisco en route to Michigan. Five passengers and two crew members on board were all reported to be OK, however, in the recording the pilot says, “they’re gonna be pretty upset.”

The recording states the aircraft continued to fly in the clouds with its door down. The crew attempted but ultimately could not climb to get out of the clouds or maintain its elevation, stated by Flying Magazine. Due to the heroic efforts of the pilots, they were able to make a successful emergency landing in San Francisco; fortunately the SFO airport has a runway length of 11,870 feet. With a majority of private flights arriving and departing in smaller private airports, this situation with the Wheels Up aircraft door being ajar mid flight could have ended a lot worse. If it had been at a popular airport destination such as Aspen, which has been reported as one of the more difficult approaches, more complications would have been present.  (see reference LA Times)

According to an article on Business Insider, Dave Hewitt of WheelsUp said,

“As is typical with aviation events, Wheels Up cannot provide any information while an FAA review is underway.  However, we can confirm that the main entry door of the aircraft remained attached throughout the flight in question,” (Plane Door Flies Open on Wheels up Flight (businessinsider.com)

What we can tell you is this…

These factors should be considered whether purchasing an aircraft or flying with an aircraft provider such as the well-known ones like NetJets or WheelsUp.

This photo obtained by Privatejetsclub.com shows the lease agreement between Wheels Up Partners LLC and Textron Financial Corporation for N509UP in October of 2014. As of October 24th, 2014, this aircraft manufactured in 2005 had 8119.7 total hours on it.  After 16 long years and one door ripped open mid-flight, this tired Citation XLS (N509UP) is still flying to this day for Wheels Up according to Flight Aware, a digital aviation company that operates the world’s largest flight tracking and data platform.