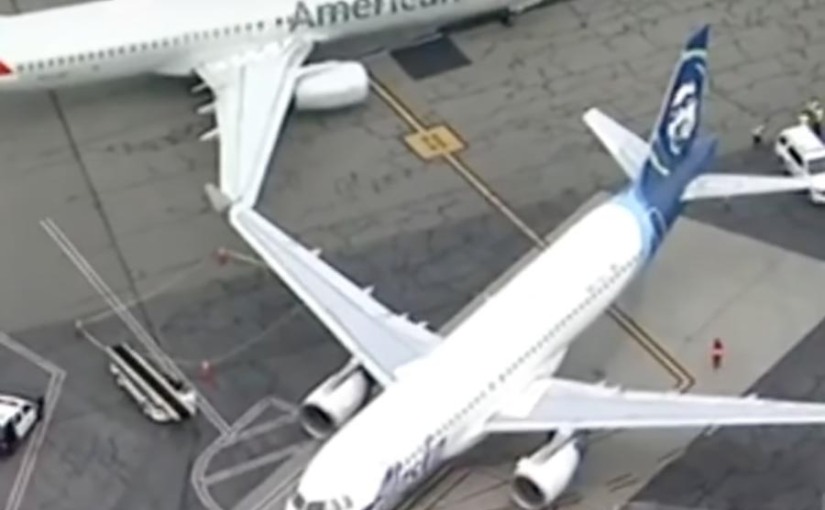 A runway at Hollywood Burbank Airport was closed after a plane that was being towed clipped the wing of a parked plane. Reports say an American Airlines plane in Terminal B was being towed to Terminal A. In the process of being towed, the American Airlines aircraft clipped its wing with a parked Alaska Airlines plane. Sky5 video shows two planes stopped alongside each other, facing the opposite direction, with their wings touching. No damage was visible from aerial footage.

No passengers were on board, but its crew was on board. Thankfully, no injuries were reported. Both planes have been grounded and Runway 15 has been shut down. Airport officials say they are waiting on runway clearance from the FAA to resume business as usual. Most departures scheduled for runway 15 have been shifted to runway 8 where they are taking off with no problems.