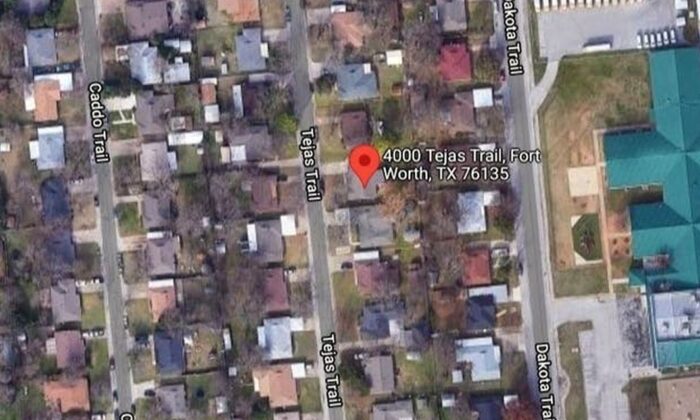 One of the pilot’s parachutes became tangled in power lines, and the other pilot landed in a nearby neighborhood, authorities said. Both pilots were taken to local hospitals, one in critical condition and the other in serious condition, according to a MedStar official. Two neighbors said they saw one pilot’s flight suit catch fire. The names of the pilots have not been released.

The Navy jet crashed in a back yard between the 4000 blocks of Tejas Trail and Dakota Trail shortly before 11 a.m. Sunday, according to Lake Worth police. The neighborhood is near the Naval Air Station Joint Reserve Base in Fort Worth, in an area that the military has identified as a potential accident zone, because of its proximity to where planes take off and land, police said at a news conference Sunday afternoon.

“The two occupants ejected from the aircraft,” the Navy’s statement said. “The instructor pilot is in stable condition; the student naval aviator’s condition is unknown but he is alive and receiving treatment. Both were transported to medical facilities for evaluation.”

The Naval Safety Center will be in charge of the investigation. Officials from the Navy, Air Force and Lockheed Martin responded to the scene along with first responders from Lake Worth and Fort Worth, authorities said. debris scattered in the neighborhood, including the seat of the plane that the pilot ejected. And just down the street, the house where the plane itself had crashed.